Camping | If you’ve never been to Astrid Lindgren’s World, it’s quite hard to imagine how exciting it is to be here. Meeting your favourite characters in real life is a big thing for a young child.

Pippi Longstocking herself could turn up at any moment. If she isn’t being chased by Kling and Klang, she’s likely to stop for a chat and a play. And then Rasmus and Paradise Oskar might come sauntering along. Over the course of a day or two at Astrid Lindgren’s World you might suddenly bump into Emil, Miss Prusselius, Alfred and Lina, and many other characters.

Astrid Lindgren’s World is actually many worlds, all in one place. Walking around the park you pass well-known settings such as Cherry Tree Valley and Wild Rose Valley. Not far away, but in a whole other world, you’ll discover Matt’s Fort. Walk on and wouldn’t you know it, there’s Villekulla Cottage. And on the way you’ll have probably already stopped at Karlsson’s Roof and Katthult.

All the settings are taken from Astrid Lindgren’s stories. But of course they wouldn’t be nearly as exciting without the people who live there. What would Villekulla Cottage be without Pippi? Or Matt’s Fort without robbers? Every day in these living settings, there are stage performances featuring scenes also taken from the books. What makes the performances extra special is that our audience can get right up close to the action, and sometimes even end up in the thick of it. After the performances the fun continues, as all the children can join in and play with Pippi, Ronja, Karlsson and the others.

As you surely realise by now, Astrid Lindgren’s World is a world full of theatre, song and exciting encounters with the various characters. If there was one thing Astrid Lindgren cared about, it was the right of children to be children. And one of the best ways of being a child is to be able to play freely. Therefore, the important theme of ‘play’ runs like an invisible thread through everything that happens at Astrid Lindgren’s World.

The park also has areas without any characters, such as the ‘Don’t touch the ground’ trail, where children can use their imagination and be whoever and however they like. But needless to say, children can play anywhere they like in the park. When there are no performances on in the settings, children are free to use them as exciting playgrounds. Who hasn’t dreamt of climbing around Matt’s Fort or jumping aboard the Hoppetossa, papa Efraim Longstocking’s boat? 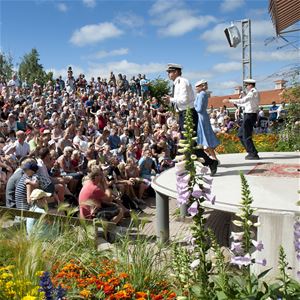 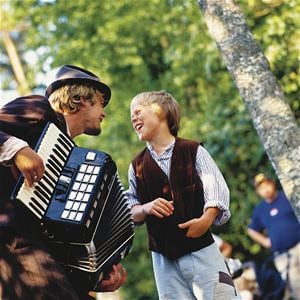 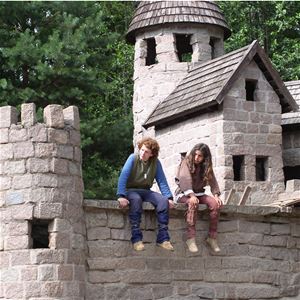 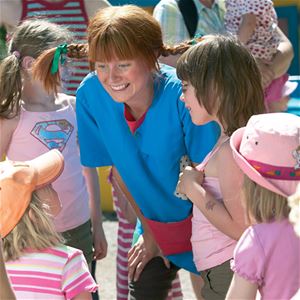 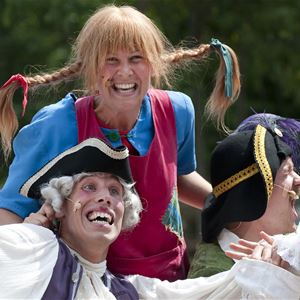